Song of Blades: Hammer and Forge on Kickstarter

Ganesha Games launches Song of Blades: Hammer and Forge Kickstarter. The kickstarter has begun with enormous success, being already over basic funding, but additional funds are needed to unlock all the cool dwarves and hobgoblin figures planned. 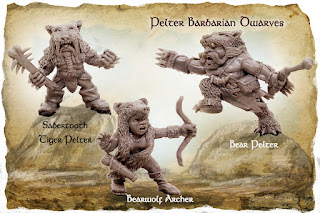 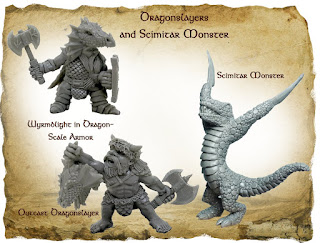 The kickstarter will also produce an Advanced Song of Blades and Heroes book. Hit the link to see all the unlocked miniatures. 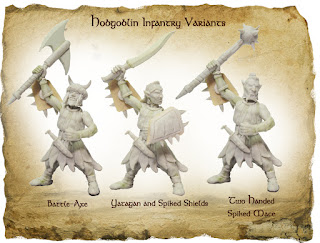 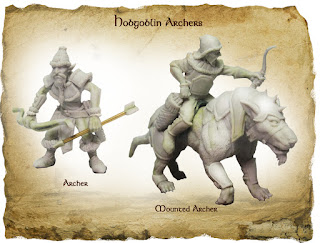 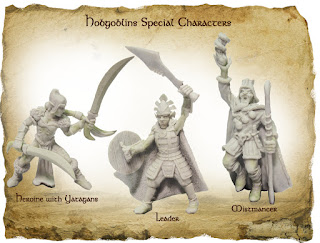 ALL HAIL THE FUNGUS KING!!! This 54mm monster of a mini has just been unlocked and is now included FREE with all pledges of Lord of Fungus and higher. Other backers may add him on for $8.00 per figure. 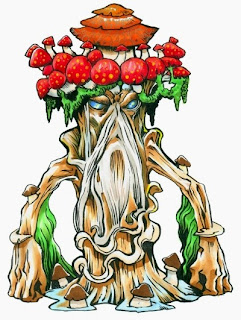 The background of the Fungi Kings When a mushroom man reaches over 100 years of age, his body becomes hard as timber. Sometimes, a creature of this age matures into a Fungi King.Like most of their customs, the fungi folk have adopted the term ‘king’ from the neighboring humans, whose culture they mimic.As it happens with human kings, Fungi Kings can get drawn into squabbles and power struggles with other Fungi leaders. Fungi Kings are efficient leaders, supplementing their natural power with more than a few magical tricks and a deep understanding of the Fungus Folk mindset. Most of the Fungi kings can be found in the Growth, an area of the Vale that is completely covered with all manners of mushroom. The oldest King is Nemedah the Wise, the leader of the Autumn Folk, who resides in the August Palace at the center of the Autumn Folk forest. Nemedah believes that peace fosters growth. Some Autumn Folk consider his leadership too soft, especially those concerned with the rising of the Rotten Hearts.Many disgruntled Fungi Folk have accepted the leadership of Elara Kay, a Fungus Amazon who evolved into a very human-like appearance and has ties with human diplomats from the Southern Kingdoms. Nemedah does not appear to resent this, but it cannot be denied that some conflict exists. Only time will tell if this rivalling leadership will create more than just political squabbles and degenerate into a full-blown civil war. There is still 5 days to join the Mushroom Movement.
Pubblicato da Ganesha Games a 10:03 Nessun commento:

This 48 page, full-color PDF Tales of Blades and Heroes supplement will be FREE for all pledgers at Fungi King or higher, $5 as an add on for others. Discover the secrets of what the wood Elves call Thora-Sa Vadri, the Sun-Kissed Vale. 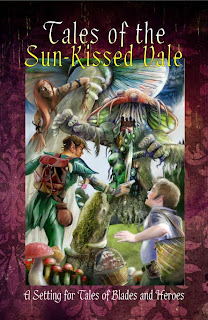 Our Kickstarter is halfway through and we can show the sculpt for MATANAGAR. 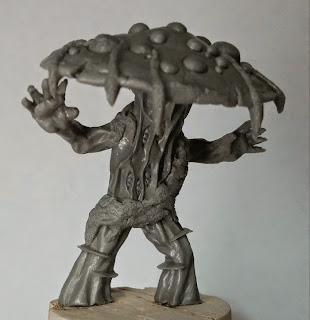 This model was specifically designed for those who wanted a more ‘monstrous’ and dangerous looking fungus monster for your role playing and wargames. He is big and imposing and has no clothes or weapons, just pure fungine brutality. 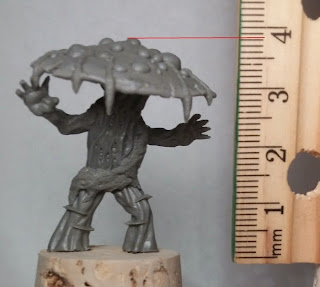 Matanagar is included free with Lord of Fungus pledges and above, but you can add-on as many copies as you like ($5.00 per copy). Matanagar is 40mm tall.


Here you can see a few of the miniatures sculpted so far, on their slot-bases. 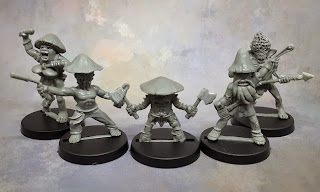 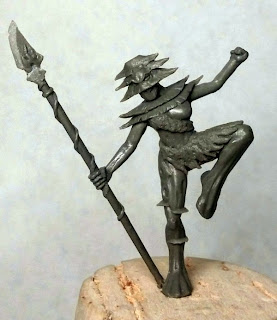 This is the deadly Amazon Fungus, seen here in a dynamic pose. As you read this, a draft of the rules PDF is ready and will soon be sent to backers. 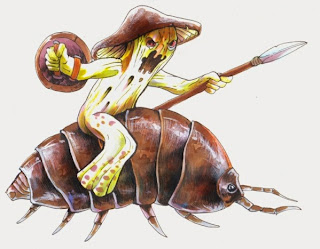 We have also revealed many stretch goals for the campaign. Cavalry! The most popular, based on the comments, seem to be our pillbug riding fungus: The pillbug will be sculpted in two poses, one for riding (but the rider can be removed and the pillbug used as a monster) and one in coiled up form (it has a special ability called Conglobation that allows him to become near-invulnerable at the expense of mobility. 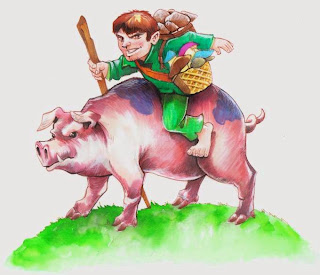 This is the special pig-riding halfling truffle hunter that will be available as an add on if we reach 200 backers, no matter how much they pledge, so spread the news, send the link to anyone who might be interested and help us making Fightin' Fungi a reality.
Pubblicato da Ganesha Games a 03:12 Nessun commento:

Here's our first kickstarter, Fightin' Fungi This is stand-alone Song of Blades and Heroes variant which includes: 1) Weapon and armor rules 2) Detailed spell system with over 30 spells 3) Stats and new traits for four factions of Mushroom men 4) white metal, 28mm miniatures of fungi folk (mushroom people) with a mix of humanoid types with weapons, and unarmored, monstrous types. The first seven are already sculpted. We already met basic funding and are working towards our second stretch goal! The new rules are backwards compatible with SOBH, and many figures can be used in MDRG as mutant fungi. The rules will be a 90+ page, 6x9 inches full color PDF and paperback book. Pledgers will receive an unedited copy before the end of the kickstarter, so that they can comment, ask for clarifications and suggest new features before the book is printed. Please check the Kickstarter below and help us! If this gets funded, we have plenty of ideas for expanding Song of Blades and Heroes and bringing new figures on the market. And even if you cannot chip in, you can still help by sharing the link on your social media (G+, Facebook, Twitter, etc). We arev already a Kickstarter Staff pick! Thanks! Andrea Sfiligoi (Artist/designer on Fightin' Fungi) Damon Richardson (Kickstarter Manager for Ganesha Games) https://www.kickstarter.com/projects/9742092/fightin-fungi-28mm-fantasy-miniatures
Pubblicato da Ganesha Games a 10:02 Nessun commento:

Ganesha Games has a new home on the net: www.ganeshagames.net

We will slowly copy all the information from our blogs there. This blog will remain active but please buy products from our official site.
Pubblicato da Ganesha Games a 09:54 1 commento:

blog for a Song of Deeds and Glory Campaign

http://villagegamessdg.blogspot.com/ is a blog just opened by some SBH players in Anoka, Minnesota. It's a large group playing at Village Games.
Pubblicato da Ganesha Games a 11:41 Nessun commento: